Collision is Web Summit’s sister event, and found a home in Tony Hsieh’s Downtown Project in Vegas. It will take place at the World Market Center Pavilions. You can also check out our first Asian conference: Rise in Hong Kong. 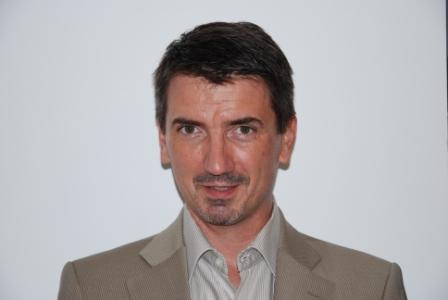 Stephen GRANT started his career in the UK as an engineering graduate apprentice receiving a degree in Electro-mechanical Power Engineering from Loughborough University and further continuing with business administration at Dunchurch Management College, a business management specialist affiliated to Coventry University.
His career having commenced within the UK engineering services sector, Stephen initially lived and worked in Birmingham, then moved to Singapore, returned to London and now lives and works from Paris with an international remit for innovation. In 1999 Stephen joined Tractebel (ENGIE Group – the new GDF SUEZ), in 2003 was first appointed as a board Director of Elyo UK (now Cofely Services, ENGIE Group) and was appointed as UK Managing Director of Cofely Technical Services in 2009. In 2013 Stephen moved to Paris where his two primary functions was the establishment of Cofely's International Integrated Facilities Management division and the acquisition of Balfour Beatty Workplace in the UK. In May 2014 Stephen joined ENGIE (the new-GDF SUEZ) Innovation and New Business team as Program Director with responsibility for Energy Efficiency and Home Comfort solutions. “ My mission as the Program Director for Energy Efficiency and Home Comfort is as follows: to develop and realise new business for ENGIE through innovation in terms of new technologies, services, commercial models and business models”